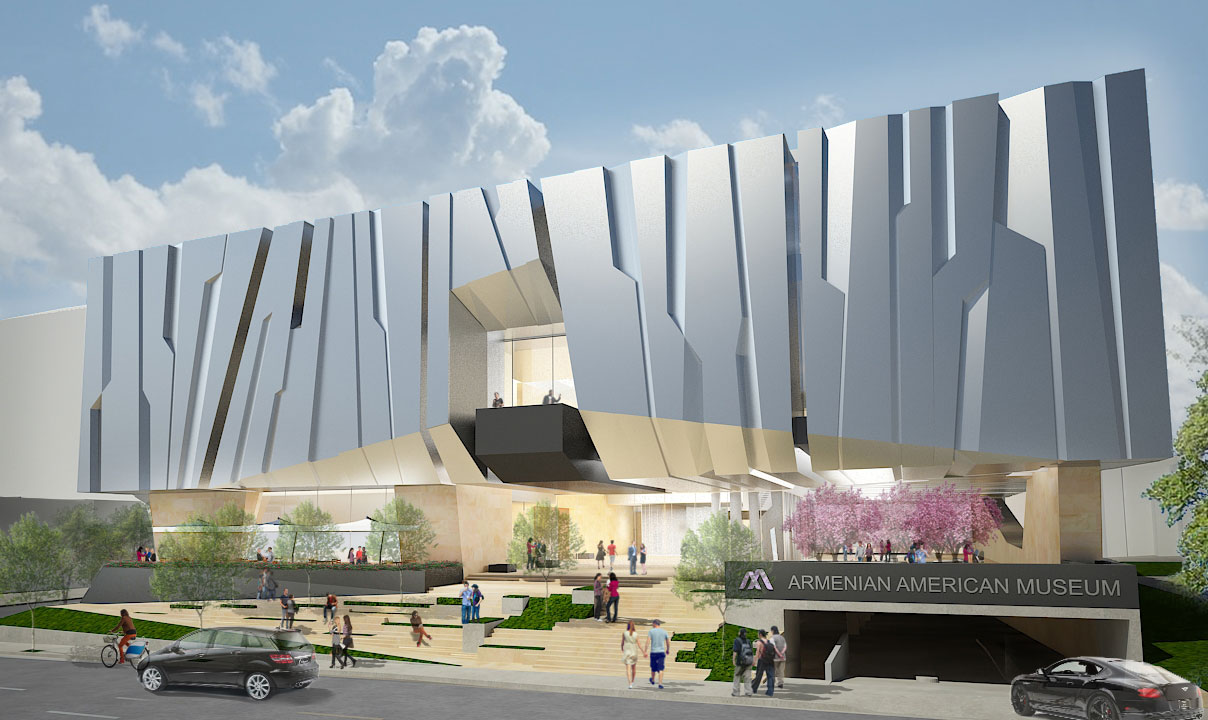 Glendale, CA (April 18, 2018) – The Glendale City Council directed City Staff to negotiate the final Ground Lease Agreement for the Armenian American Museum’s Downtown Glendale site with a lease term of up to 95 years at $1 per year and approved the Museum’s Stage 1 Design Plans. The landmark approval marks a major milestone for the historic project and a major victory for Museum supporters.

On the eve of the 103rd Anniversary of the Armenian Genocide, Museum supporters and community members packed into Glendale City Hall to witness the historic vote by the Glendale City Council. Museum representatives presented their vision for a three-story, 59,800 square-foot cultural and educational complex that would be located in the southwest corner of Central Park. The Museum will feature Permanent & Traveling Exhibitions, Performing Arts Theater, Demonstration Kitchen, Learning Center, Archives, Café, and Store. City Staff and urban design firm SWA Group also presented their vision for a redesigned Central Park that would preserve the park’s open space, improve its amenities, and serve the community as “Glendale’s new gathering place” with the Museum as its focal point.

“We are pleased that the Glendale City Council and City of Glendale officials share our vision of building a world class cultural and educational center in the heart of Downtown Glendale that will be the pride of our entire community,” stated Museum Co-Chair Archbishop Hovnan Derderian.

“The Armenian American Museum is a historic project that will celebrate culture, education, and empowerment and will serve as a bridge that will connect our diverse community members together in the spirit of humanity,” stated Museum Co-Chair Archbishop Moushegh Mardirossian.

In 2014, the Armenian American Museum and City of Glendale agreed to an Exclusive Negotiation Agreement that would have located the Museum on City-owned land near the Glendale Community College. In 2016, the City proposed bringing the project to Downtown Glendale’s Arts and Entertainment District to join the Downtown Central Library and Adult Recreation Center on the Central Park block. City and Museum officials have been performing their due diligence tasks and responsibilities with the goal of securing a final Ground Lease Agreement for the Museum site.

“We join our community members in celebrating this historic milestone that brings us one step closer to building a cultural and educational center that is by the community for the community,” stated Museum Co-Chair Bishop Mikael Mouradian.

“The Armenian American Museum will have a long-lasting and impactful legacy that is an investment in our next generation and the future of our community,” stated Museum Co-Chair Reverend Berdj Djambazian.

Glendale City Council’s approval of the Stage 1 Design Plans is the first major approval for the project leading to the Stage 2 Plans review and the final Ground Lease Agreement consideration anticipated for Summer 2018. The initial term of the Ground Lease Agreement will be 55 years with options to extend the lease term for four 10-year periods totaling 95 years with a ground lease rate of $1 per year.

“We are looking forward to working with our City and community members to help make this historic project a reality and create a positive impact that will ripple through generations to come in our community,” stated Museum Executive Committee Chairman Berdj Karapetian.

Following the landmark approval, the Armenian American Museum plans to launch its capital campaign to raise funds for the construction of the cultural and educational center. The Museum will be hosting a Community-Wide Telethon on September 9, 2018 and holding its inaugural Gala at the Dolby Theater on December 9, 2018.

About the Armenian American Museum