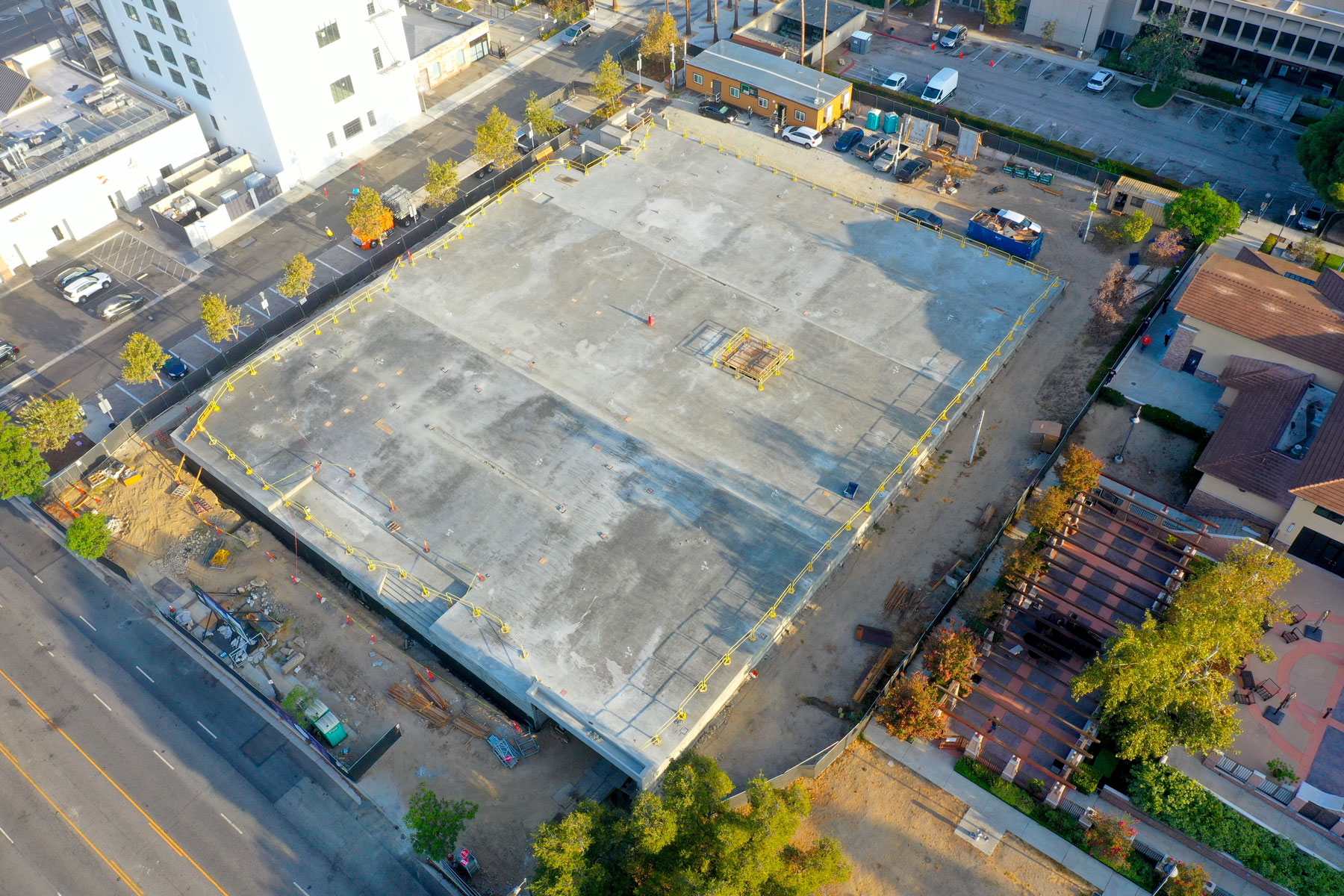 Glendale, CA (November 16, 2022) – The Armenian American Museum and Cultural Center of California celebrated a major milestone for the landmark center with the completion of the first phase of construction featuring the museum parking garage and building foundation. 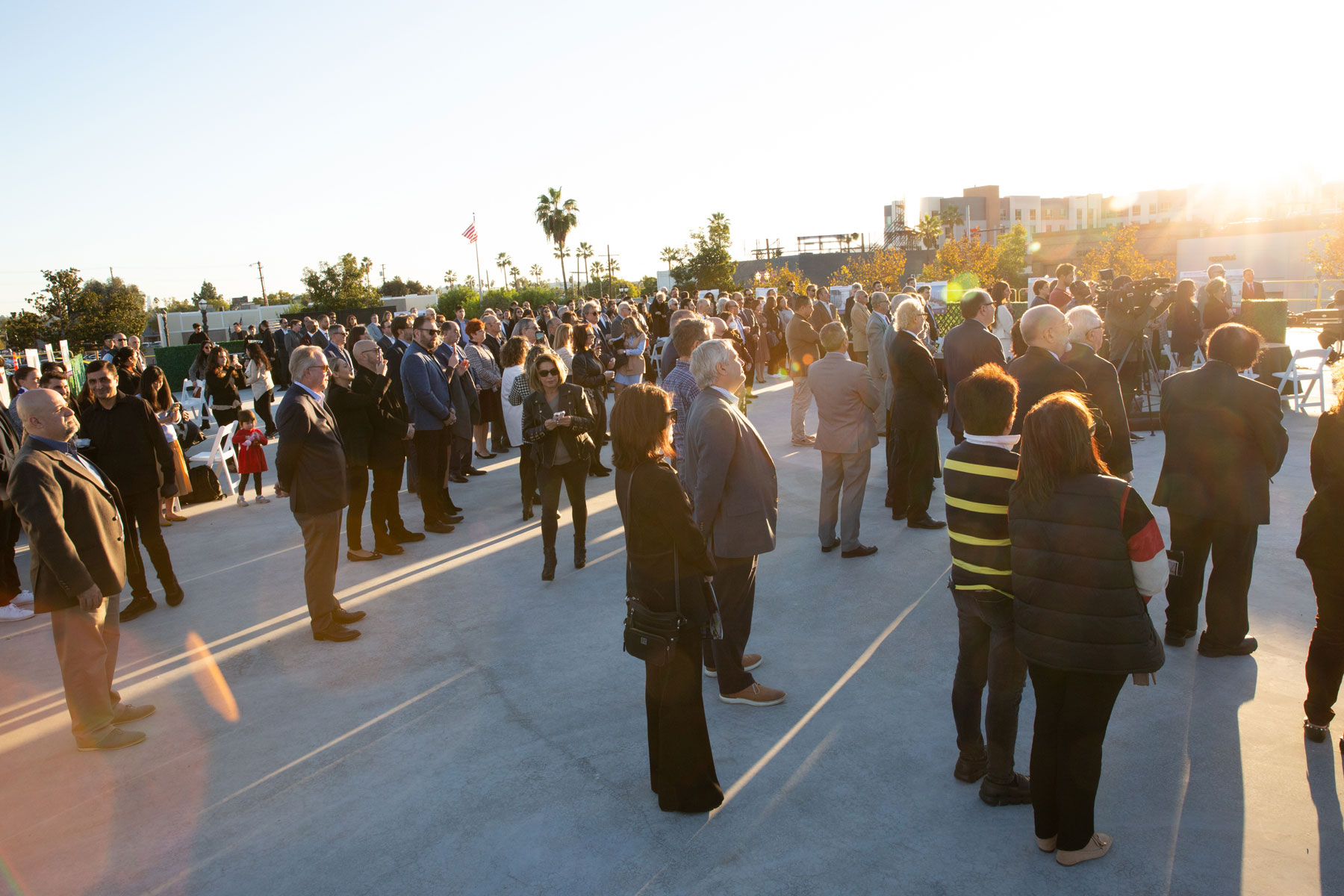 The Phase One Completion Ceremony was held on the upper deck of the museum parking garage at the construction site of the cultural and educational center. 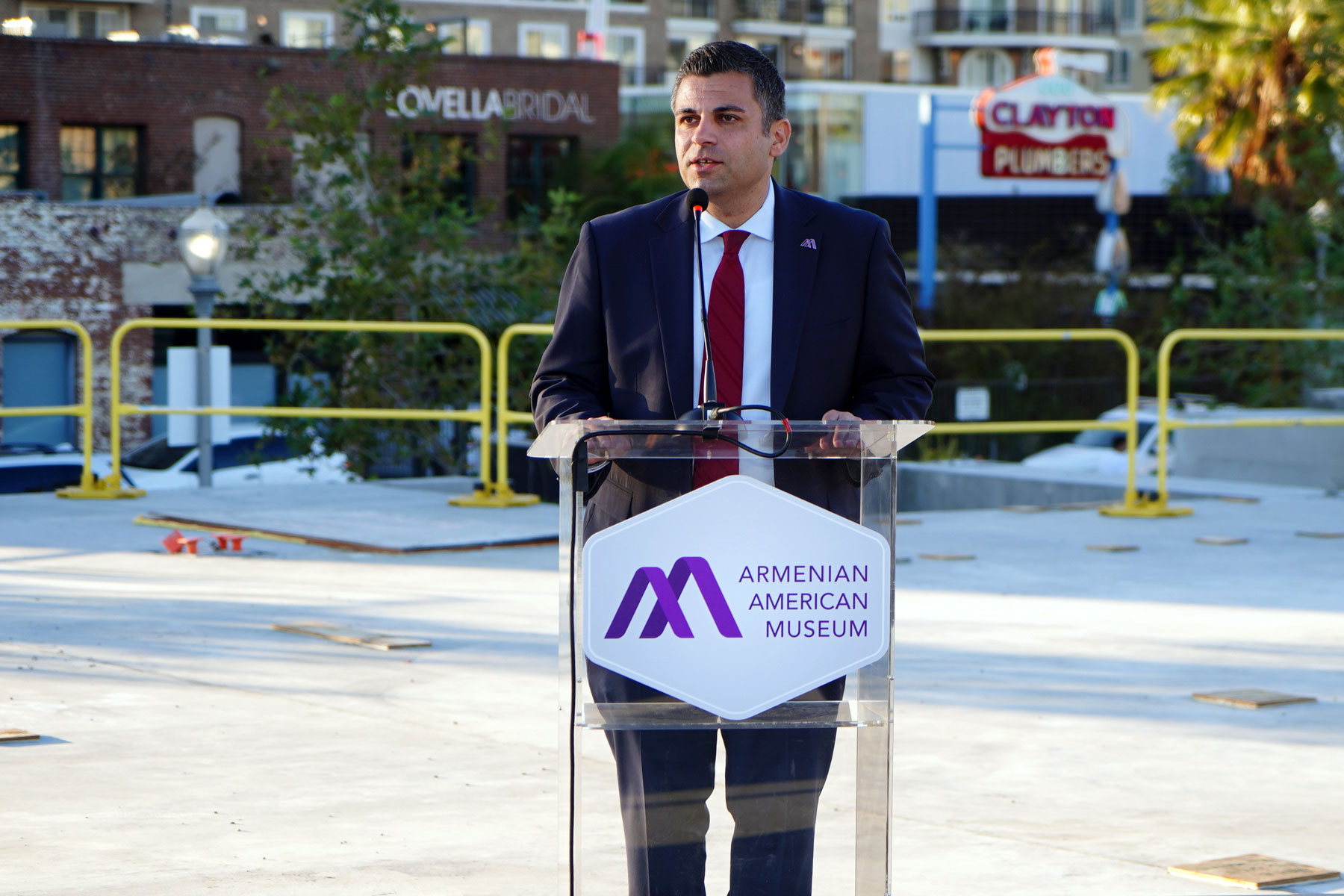 Executive Director Shant Sahakian officially kicked off the ceremony by welcoming donors and supporters of the museum to the construction site on behalf of the Board of Trustees and Board of Governors.

“We have come together to celebrate the historic progress of the Armenian American Museum and celebrate the promise of a one-of-a-kind cultural and educational center whose grounds we are now able to stand on today thanks to your generous support,” stated Executive Director Shant Sahakian.

The National Anthems were performed by the renowned Alene Aroustamian. 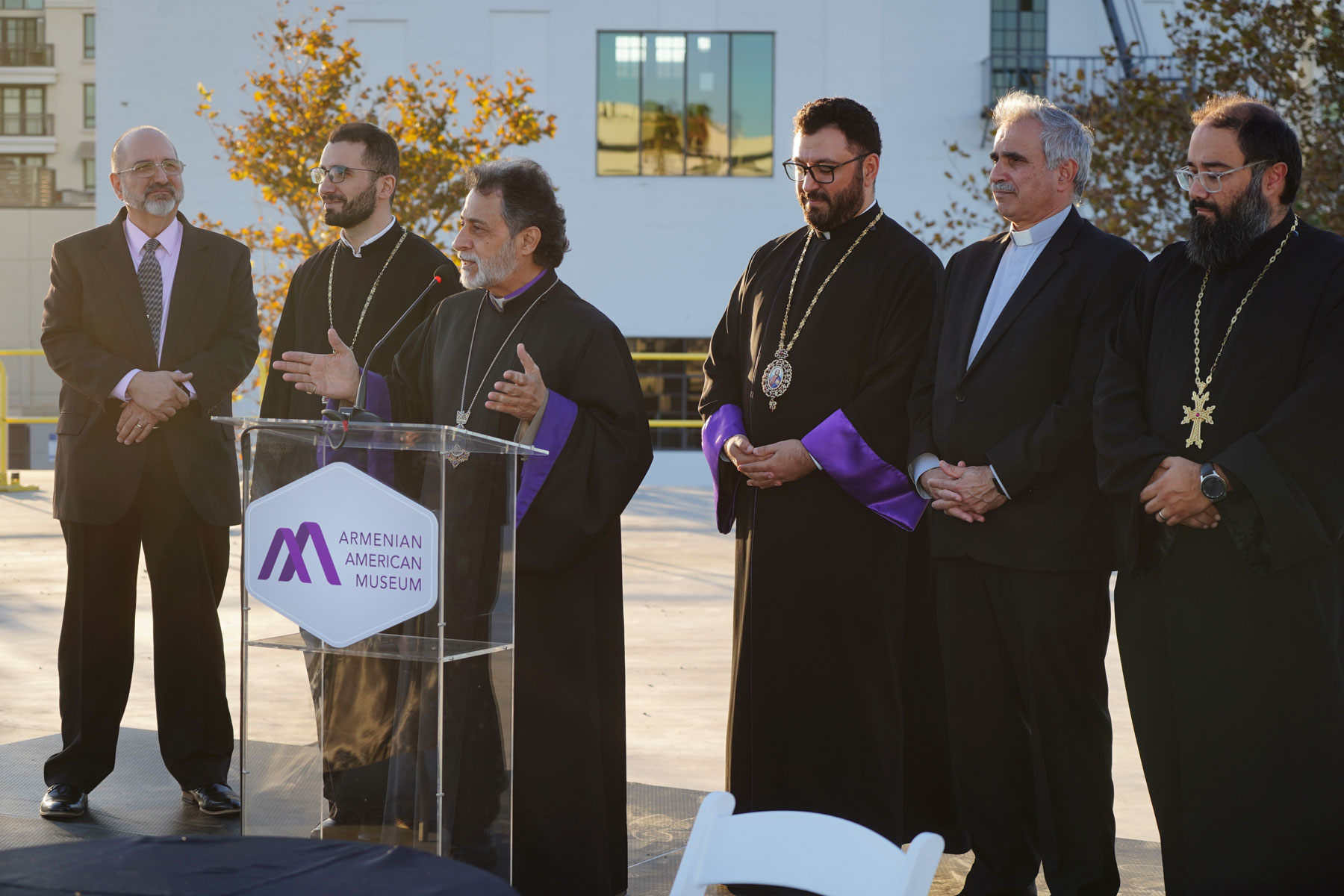 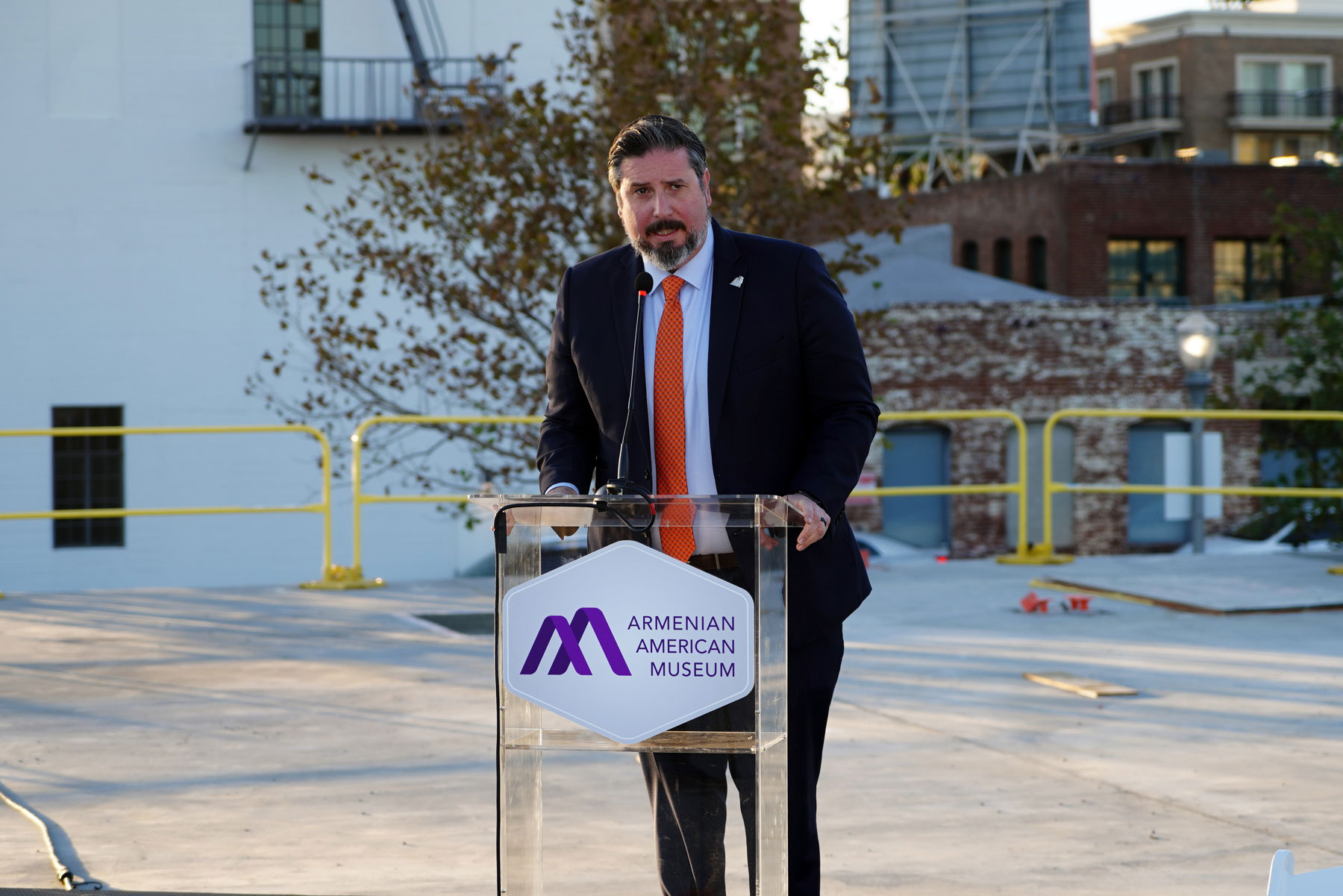 “The Armenian American Museum’s completion of the first phase of construction is a testimony of the work of our unified community,” stated Glendale Mayor Ardy Kassakhian. “Once opened to the public, the museum will draw people from all over the country and around the world to learn about, appreciate, and share the Armenian American experience.” 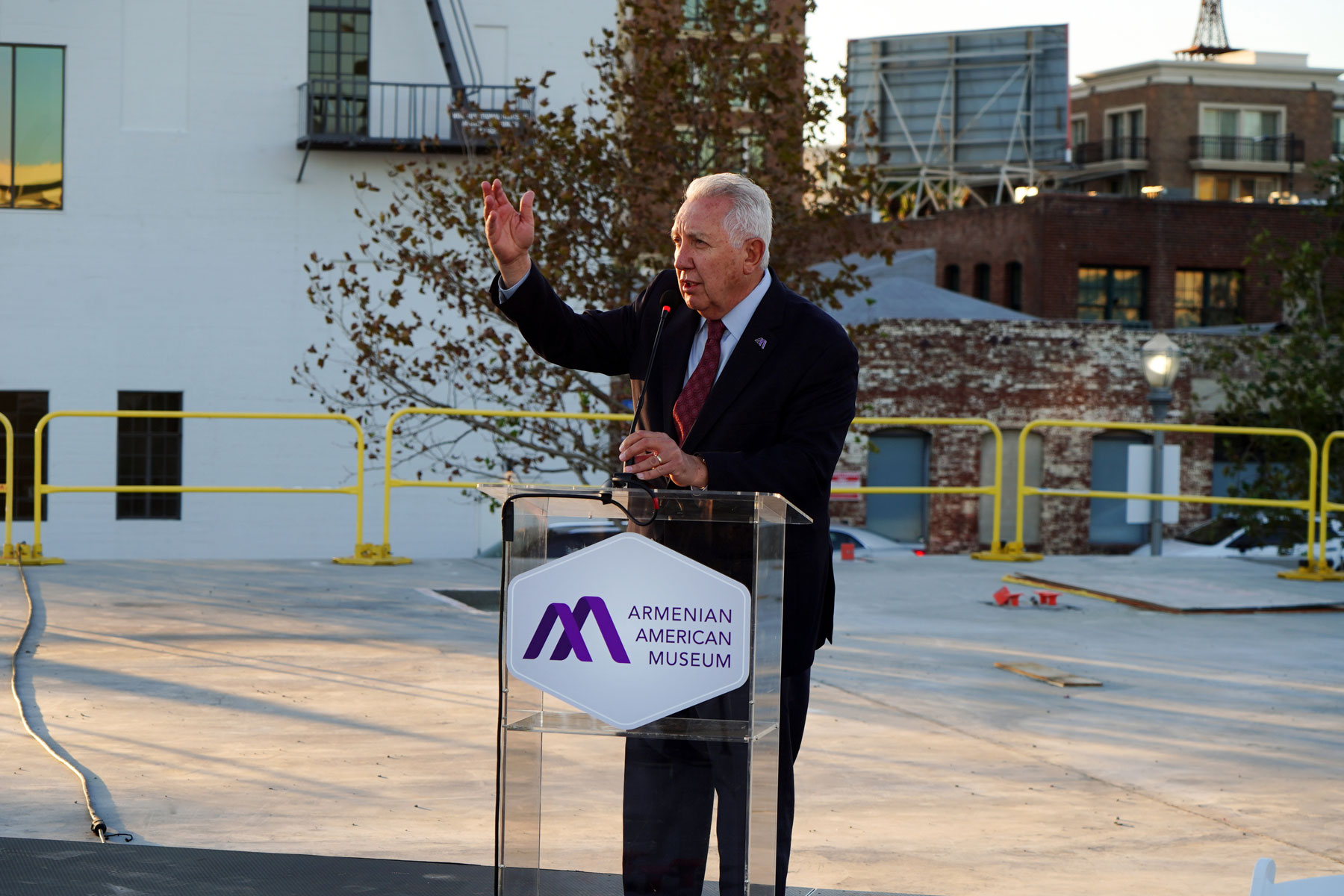 Executive Chairman Berdj Karapetian expressed gratitude to the many donors, supporters, community leaders, and government partners who have come together and contributed to making the momentous occasion a reality.

“Today’s celebration is a tribute to the exceptional supporters and friends who together are elevating education, preservation, and cultural enrichment for generations to come through the creation and construction of the Armenian American Museum,” stated Executive Chairman Berdj Karapetian. “The institution will strengthen and elevate the Armenian American community and it will also build bridges and foster collaboration between our diverse communities.”

Major sponsors of the Phase One Completion Ceremony included Edison International and Bank of America who are longstanding supporters of the museum.

The next major phase of the project will be the construction of the two-level 50,820-square-foot museum superstructure.